Bollywood superstar Aamir Khan, who has been in the industry for over three decades now and made some blockbuster films, said that he has ‘cried for his films that did not perform well,’ news agency PTI reports. “I want to go with my conviction while making a film and if there is a loss, I will mourn that also. I cry when my films don’t work,” the 53-year-old actor said. Aamir Khan or ‘Mr Perfectionist’ (as he is fondly called) made his debut with 1988’s Qayamat Se Qayamat Takand has so far starred in note-worthy films like Dil Hai Ke Manta Nahin, Jo Jeeta Wohi Sikandar, Rangeela, Lagaan, Rang De Basanti, Ghajini, 3 Idiots, PK and Dangal to name a few. Out of these, PK and Dangalshattered major box office records and are still one of the highest-grossing films.

Yes, it’s Aamir’s perfect work and also stardom that makes his films successful but he believes it’s just a coincidence. “I often get the credit… It is a coincidence to a certain extent that my films have been successful. The fact is that the story is written by a writer and then has grown organically,” PTI quoted him as saying.

“Filmmaking is a collaborative process and if any aspect — be it the script, casting, location, sound design, editing or marketing — fails, it will not work. For a film to be successful, it is important to hit the ball in the centre,” Aamir said.

Meanwhile, some years ago when Salman Khan’s Bajrangi Bhaijaan had released, Aamir watched the film at a special screening and came out of the venue weeping. Aamir also cried after watching nephew Imran Khan’s Katti Batti and later again in Salman Khan’s Sultan. 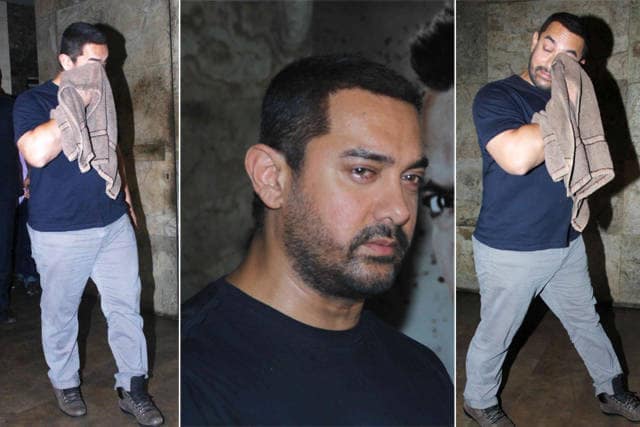 Aamir has also revealed that his little son Azad starts crying while watching his films. “He gets scared when he watches a film of mine. In PK, he saw people hitting me and he started crying and had to be taken out of the screening.”

Last seen in Secret Superstar, Aamir Khan is currently making Thugs Of Hindostan, in which he co-stars with Amitabh Bachchan, Katrina Kaif and Fatima Sana Shaikh.

Chidambaram says petrol price can be cut by as much as Rs.25 per litre

‘Scorpion sitting on a Shivling’: Shashi Tharoor lands in a row over unnamed RSS...