In 1835, Mary was elected member of the Royal Astronomical Society

Google’s home page opened today to a doodle honouring Scottish scientist and science writer Mary Somerville. Focusing on the wide range of subjects she contributed to, the doodle shows her at her writing table surrounded by thought bubbles and books.

According to Google’s doodle page, it was on this day in 1826, that one of her experimental physics papers was read by the Royal Society of London. It also became the first paper by a female author to be published in the Philosophical Transactions.

Mary Sommerville was born on December 26,1780. Her father, Sir William Fairfax, was a vice-admiral in the British navy. Her mother, Margaret Charters, was the daughter of Samuel Charters, the solicitor of customs in Scotland.

When Sommerville stumbled upon algebra and maths, it became her lifelong passion. Mary wrote four books: Mechanism of the Heavens, On the Connection of the Physical Sciences, Physical Geography,  Molecular and Microscopic Science. 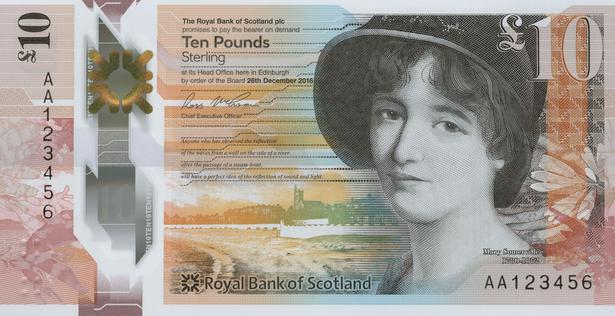 She is featured on the Royal Bank of Scotland’s polymer £10 note launched in 2017, along with a quote from her second book:

Anyone who has observed the reflection

after the passage of a stream-boat,

will have a perfect idea of the reflection of sound and light.

The Royal Bank of Scotland has never before featured a woman on its main issue bank notes. The choice of Mary Somerville for the note was made following a public vote across social media.

Although well recognised by her male colleagues, Somerville did face some amount of discrimination. But this only gave her an opening to fight for women’s rights. Once, Sir John Herschel wrote to ask her to try out a powerful new telescope that an Italian colleague, DeVico, was using. Although Mary was the most qualified person to judge DeVico’s claims, she was unable to do so. Her gender hindered her. As a woman, she was forbidden to enter the monastery, the Collegio Romano, where the instrument was housed.

The discrimination Mary suffered opened her eyes to the causes of others. Mary became an ardent supporter of women’s rights.

In 1835, Mary was elected member of the Royal Astronomical Society (along with Caroline Herschel), becoming one of the first two women to receive this honour. She passed away peacefully in her sleep, in Naples, Italy, in 1872. Until the time of her death, she continued to work on mathematics. After her death at the age of 92, Somerville College at Oxford University was named in her honour.

Mayawati will be ‘ditched’ by Akhilesh Yadav after election results: UP Dy CM