Anger on social media was triggered by a tweet by Narendra Modi commiserating with the thumb injury sustained by Indian cricketer Shikhar Dhawan in England. Responding to Dhawan’s emotional message on Twitter after he was ruled out of the team because of the injury, the PM consoled him and wished him a speedy recovery. 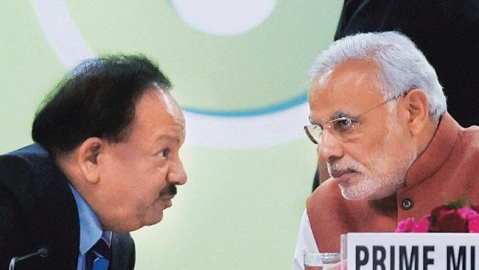 The PM’s tweet triggered several angry reactions with people wondering why he failed to tweet even once to voice his concern at the situation in Muzaffarpur. If the PM could show his concern for a minor injury sustained by a cricketer, why is he so miserly with compassion for the dead children?

Even as speculation swirled that the strains in the relationship between BJP and JD(U) in Bihar and with Nitish Kumar opposing the Triple Talaq Bill in Parliament is responsible for the campaign in the media against the Bihar chief minister, tweets singled out the PM for his perceived insensitivity.

IAS officer B Chandrakala, a rage on social media for her videos, raided in...

I have to make an effort to smile, defence minister Nirmala Sitharaman gets candid