The engines manufactured by the Engine Factory, Avadi – a unit of Ordnance Factory Board, Department of Defence Production – were fully indigenised for the first time under the central government’s Make in India programme.

At a function held at the factory, Ms Sitharaman formally handed over the documents of the two types of engines to Vice Chief of Army Staff Devaraj Anbu. 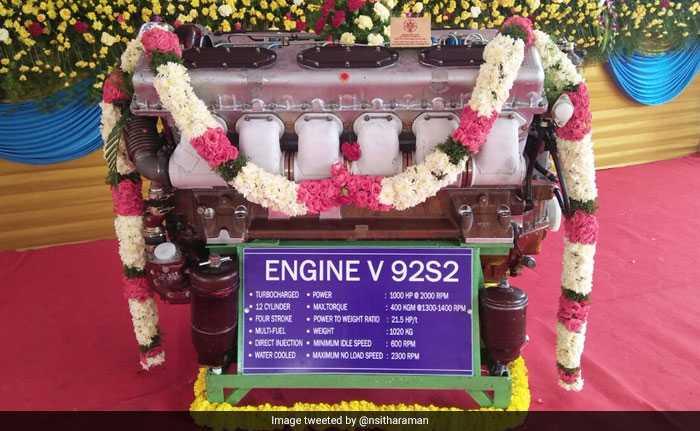 The Engine Factory has manufactured more than 12,000 engines since its inception in 1987.

Though these engines were manufactured based on Russian design, India was depending on Moscow for its supply of critical assemblies like turbocharger, supercharger, fuel injection pumps.

The Engine Factory under the Make in India programme manufactured the two engines with 100 per cent local parts.

Earlier localisation level was about 73 per cent, officials said.

The indigenisation efforts by the Engine Factory would save Rs. 80 crore of the exchequer every year.

It also exhibits the self-reliance of the Ordnance Factory Board in manufacturing these engines in India without any import support, the officials added.

The Engine Factory has manufactured more than 12,000 engines since its inception in 1987.

On Mayawati’s birthday, BSP invite list may have a message for Congress