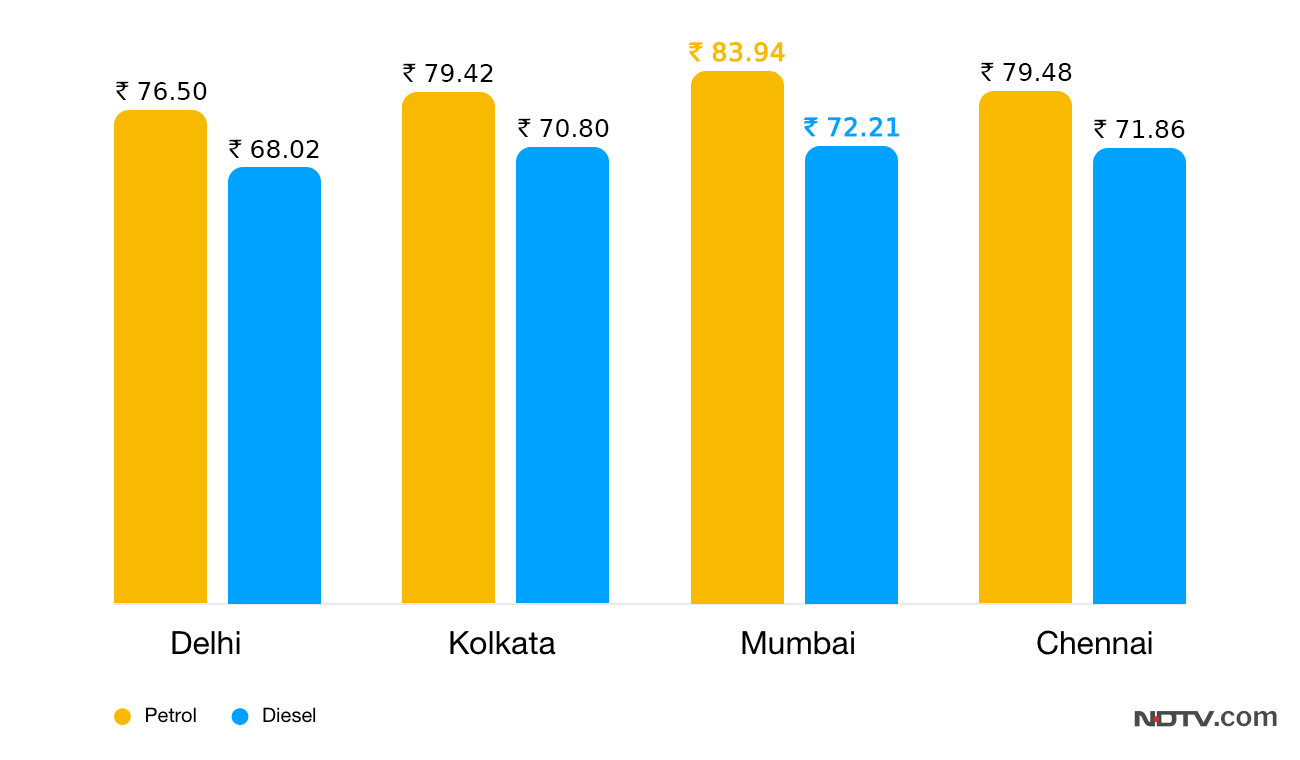 (Petrol, diesel rates on Friday in four metro cities of the country)

In global markets, oil prices edged lower after strong gains the previous day, easing on persistent supply concerns as Russia increased production in July and Saudi Arabia cut the price of crude for its Asian customers, according to a report by news agency Reuters.

US West Texas Intermediate (WTI) crude was off by 2 cents at $68.94, after gaining nearly 2 per cent in the previous session. (With Reuters inputs)

A robust relationship with the US is central for India. But at what cost?