Mr. Palaniswami who was on a official visit to Salem, returned to Chennai late on Sunday night.

DMK president M. Karunanidhi’s health suffered a setback on Sunday evening but with medical support his vital signs became normal by night. He continues to receive medical assistance at Kauvery Hospital in Alwarpet, Chennai, on Monday.

Sri Lanka’s Arumuga Thondaiman and Senthil Thondaiman visited the Kauvery Hospital where DMK president M. Karunanidhi was admitted. They handed a letter from Sri Lanka’s President Sirisena to DMK working president M.K. Stalin. In the letter, Mr. Sirisena has enquired about the health condition of Mr. Karunanidhi and wishes him a speedy recovery. 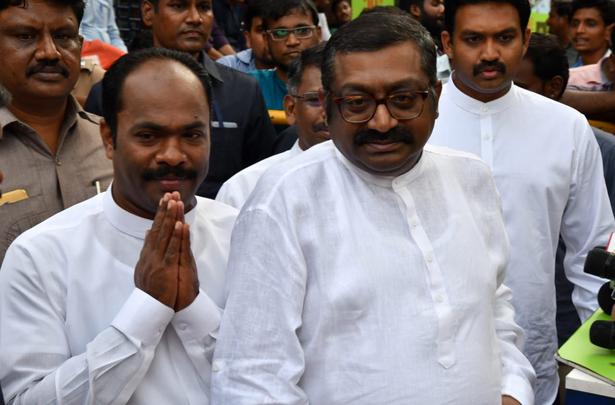 Large number of DMK cadres are thronging to Kauvery hospital where Mr. Karunanidhi is under treatment in spite of repeated appeals by party leaders advising not to gather. NCP chief Sharad Pawar visits the ailing leader.

Police appeall to the public and mediapersons not to block the free passage of patients and their relatives to the hospital. Since some mediapersons stood atop the wall surrounding the hospital, police advise them not to take the risk.

Police make an elaborate security arrangements and effect minor diversion in traffic. Members of the DMK’s Thondar Ani Padai assist the police in regulating the crowd. 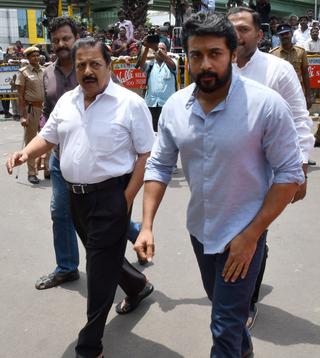 Actor Suriya and his father, actor Sivakumar, coming out of Kauvery Hospital in Chennai on Monday.   | Photo Credit: B. Velankanni Raj

“You Want To Save Gau-Mata, But What About Mata,” Says Uddhav Thackeray

Ganga projects to be wrapped up by December